Beer Night in San Diego is back! This week we are joined by good friend of the show Chris AKA Average Beer Dude for an incredibly fun night of beer and conversation among friends. We lift the IPA Hiatus to sample our theme beers – New Beers of San Diego! We sample some new beers while discussing local news, breaking down upcoming cans and tons more on this episode. Tune in to laugh and learn!

Another moon has set on our wonderful city which can only mean one thing…Its Beer Night in San Diego! Were back again and this week we are joined by great friend of the show Chris AKA Average Beer Dude. Our theme this week – New Beers of San Diego. Tune in as we finally lift the IPA Hiatus and dive in to some of the latest beers to be released in San Diego. Plus, don’t miss out as we discuss some of the local news topics happening in local beer including news about South Norte becoming the first US Independent Brewery to have a location in Mexico and Societe crowlers are now ready. Plus hear about a brewery who just purchased a brand new canning line and their canning plans, hear about a new brewery that opened under everyones radar and hear news about the upcoming anniversary party with our friends over at Longship Brewery. Plus, hear news about more expansion from Mother Earth Brew Co. Also, don’t miss out as we break out the robot to announce NEW CAN ALERTS! All this plus much more including why Grandmas love us so much, growing prices in distro cans, the evolution of hazy IPAs as well as West Coast IPAs becoming popular out East, people hating on Alchemist when it landed in town, secondary trade values, more fair discussion, where to get singles and the single can sales game and tons more. Don’t miss out on what turned out to be a seriously fun episode. 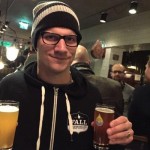 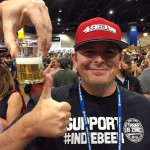 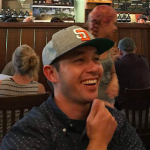