What started during the Prohibition Era in Mexicali as a way for US citizens to get their hands on the beer they so desperately craved, has been reborn in North County San Diego. With a little bit of nostalgia and a little bit of new life Aztec Brewing Company in Vista is back and here to stay!

The original Aztec Brewing Company (Cervecera Azteca, SA) was born in 1921 by Edward P. Baker, Herbert Jaffe and William H. Strouse in Mexicali, Baja California. Since Prohibition was in full effect, operating in Mexicali allowed them to run the brewery and still serve their beers to American and Mexican citizens. Aztec’s flagship brew was ABC Beer – a golden lager style brew. ABC beer labels proudly claimed to be “Famous” after the flagship brew won a gold medal at the Exposición Ibero-Americana. Once Prohibition ended a new brewery was built on Main Street in what is now Barrio Logan in San Diego. The new brewery had a 100,000 barrel capacity per year, and is said to have had one of the largest bottling lines of its kind. Aztec Brewing Company continued to thrive in San Diego up through 1948, when it was purchased by the Altes Brewing Company of Detroit, MI. They sold the Famous ABC Beer and closed the San Diego brewery for good in 1953. The ABC Beer style was then brewed by Maier Brewing Company through 1957.

Below you will find our Q&A with creative director John Webster, followed by a photo gallery featuring the Aztec Brewing team and some historic photos of the old ABC brand.

What was the key motivation in bringing back the historic Aztec Brewing Co?

In 2008 artist and entrepreneur John Webster was looking for a brand of his own to merchandise and promote. Webster had been working as a graphic designer, illustrator and art director for almost 3 decades with his business partner and fellow creative Claudia Faulk. Among their clients were the Anheuser-Busch Theme Parks which included SeaWorld San Diego. Faulk is also a professor at MiraCosta College in Oceanside, CA where she teaches web design and HTML coding – and as a current student at SDSU in the Master’s program for Educational technology – she is the lone “Aztec” in the company.

Webster learned about the Aztec Brewing Company while researching old California beer brands for a line of t-shirts he was designing. Recognizing the potential the name and historic brand had in the San Diego area he secured the U. S. trademark rights and with his partner Claudia Faulk, set about reviving the brand as a modern craft brewery.

In 2010 Webster and Faulk joined forces with brewer Rob Esposito and began scouting locations in North San Diego County where the all resided.

Where did you learn the process of brewing beer?

Rob Esposito was introduced to brewing by an uncle who showed him how to home brew. Rob quickly became passionate about the brewing process and enrolled at the Siebel Institute of Technology in Chicago and got formal training as a brewmaster.

Webster and Faulk began home brewing in order to learn more about the brewing process. They met Esposito at a home brewer’s club in Vista, CA and all realized they had a common vision and goals.

Do you have a favorite beer that you brew? If so what is it and why?

Creative director John Webster enjoys brewing lagers and pushing the envelope on styles – experimenting with new ingredients and yeast strains. His original Agave wheat beer concept is now part of the Aztec line-up. Webster is also the creative mind behind beers like Aztec Sacrifice®, Doomsday 2012 Barley wine and Noche de los Muertos Stout – and the artist behind the graphics.

Managing member, web master and spokesperson Claudia Faulk prefers brewing fruit beers like Apricot and Raspberry Hefeweizen. She was the driving force behind Aztec’s Chipotle IPA which has become one of our most popular brews.

Rob Esposito who is the brew master at Aztec, prefers brewing English style ales, ESB’s, Porters, and Stouts. He likes beers with a malty backbone.

Vista has become the home for a few local craft breweries. What are the benefits of being in this area of North County?

We all live in North County. Webster and Faulk live about 3 miles from the brewery in Vista and Esposito lives in Oceanside. So it’s close to home and an easy commute.

Vista is also a very accommodating city and one of the few areas with adequate small industrial units for start up manufacturing businesses like breweries.

In a city that has so many local craft breweries, what sets Aztec Brewing apart from the rest?

Great beer. Creative presentation. The use of traditional latin-american ingredients like Agave, Chipotle peppers, Chocolate Nibs and Cinnamon in some of our beers. A remarkable historic brand with incredible name recognition. A natural fan base among San Diego State students and alumni. And… Aztec Brewing Company is one of the few breweries that have tapped the hispanic market — a demographic largely ignored by the craft brewing industry.

When we are craving an Aztec beer, where should we look to quench our thirsts?

What are some of the future plans for Aztec Brewing that we can look forward to?

More beer. More styles. More availability in the San Diego city region. An expanded tasting room and expanded hours. We’ve even had requests for our brews from liquor stores in Mexico City!!

Finish this sentence… I love craft beer because…

It’s as creative and energetic as rock and roll – but tastes better! 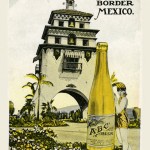 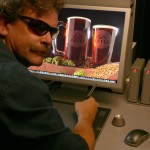 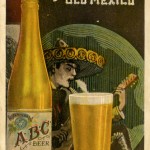 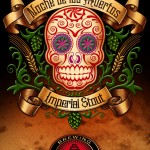 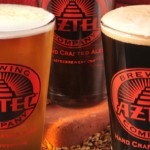 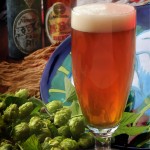 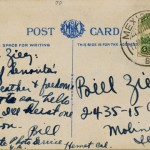 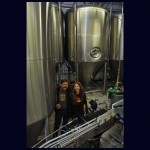 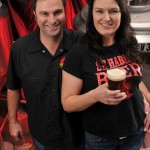 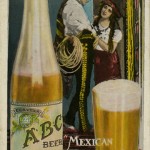 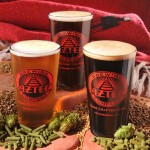 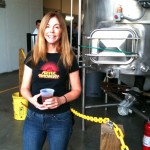 We would like to give a HUGE THANK YOU to John Webster and Aztec Brewing Company. Please visit their website and facebook pages for up to date information regarding events, beers available and much, much more! All photos used with permission by ABC.