In a new and growing weekly collaboration project among bloggers, Three B Zine has teamed up with Craft Beer Tasters and Reviews Galore to bring you – Movie & a Beer featuring Back to the Future 2. Don’t miss out as we collectively pair a beer with, and talk about one of the most amazing films to ever grace a screen.

­­­­Before I get started, let me say publicly that Back To The Future – 1, 2 and 3 – are hands down, three of my favorite things that have ever existed. In my opinion nothing compares to these films. The feeling, the nostalgia, the music, the characters and the story itself have meant more to my life than any other “created” work. Everyone who knows me can attest to this. To top it all off, Part 2 is my favorite of the entire trilogy. So, of course, I am really excited to be a part of this collaboration series with Dr. Gonzalo Quintero of Craft Beer Tasters LLC and Eugene Abano of Reviews Galore to mix two of my favorite things – craft beer and Back To The Future. Please click their respective links to read their review and pairing.

With that all said, I personally believe that a truly classic film has the ability to take the audience from wherever they may be watching; a theatre, their living room, the drive in, and draw them directly into the action of the film. A good movie entertains, a great movie engages. This is where my mind is as I set off to pair BTTF2 with its perfect craft beer.

A person might think that during BTTF2, at least in the alternate 1985 that Marty and Doc find themselves, they might want a beer that would aide in the ability to forget the problems of today and hope for a better tomorrow. But one cannot think this way! There is a dire mission to complete. Minds must stay sharp, focused and alert.

In the BTTF trilogy, the story revolves around Hill Valley, the town where Marty and Doc live, almost as much as the characters themselves. Also in BTTF1, it would appear that Marty is lead singer and guitarist in his up and coming rock ‘n roll band, The Pinheads, in Hill Valley. This makes me want to reach for something “local”, to compliment the tones of “hometown” pride.

As mentioned before, in a time travel adventure to save the world you would need to remain focused on the task at hand. While traveling from the present, to the future to save your future family, then back to the present only to find that the “present” is an alternate version of itself. Realizing soon that you must go back to the past to fix a mistake you yourself caused in the future, so that you can fix the present! Sigh… Just explaining it takes a lot of brainpower. This makes me jump straight for a lower ABV beer so you can keep your head in the game.

So, what beer do I call on in this time of need? A beer that not only supports our local community, but also is something you can sip on in multiple time periods and still keep your cool? Pizza Port’s Ponto Session IPA…that’s what. Marty himself, being a skateboarding, rock ‘n roll playing hip “dude”, makes me think he just might fit in Solana Beach anyhow. Plus, this local craft brew can be stowed away easily in your time machine due to its availability in 6-pack cans. No glass in my Delorean!

Pizza Port’s Ponto Sessionable IPA clocks in at a safe 4.5 Gigawatts, I mean ABV. With its full lemony, pine and citrus hop flavors and lower ABV, it allows time travelers the ability to enjoy more over time while maintaining the fantastic hop flavors of a higher ABV IPA.

Back To The Future 2 starts off right where Part 1 ends, in Marty McFly’s driveway right as he is opening up the garage door to find his brand new Toyota 4X4. Just when he thinks all is well in Hill Valley, Doc Brown shows up saying him and Jennifer must go with him to the year 2015 to save their future children.

Now, this was supposed to be a quick trip, a flash into the future to solve a problem and be back before lunch was ready. A trip of this quickness could make stopping for milk look like crossing the Pacific. But not when Marty and Doc are behind the travel plans.

One of the things that I find brilliant about this movie is the writing. Now, I have heard people give grief over bits here, and bits there in regards to the time traveling. But it’s enough already. These same people watch Dr. Who and Star Trek without any complaints so, its time to zip it up.

Another great touch, seen throughout the BTTF trilogy, are the subtle reminders that Marty is in fact still a teenager. In the beginning of Part 1, he is more interested in trying out for school dances with his band, and getting busted running into High School late with Jennifer than most other things. You are reminded again in Part 2 when Marty makes an immature call and purchases Gray’s Sports Almanac, hoping to go to the past, his present, and alter his future for the better. This act allows Biff to acquire the almanac AND the time machine to alter the past, which in turn, alters the present and the future.

When Marty and Doc return to the “present” of 1985, they soon realize that Hill Valley has become a circus from Hell, and Biff is the ringleader. Marty and Doc must return to 1955 (as in part 1) to yet again change the past and save the future.

After surviving run-ins with their future selves, hoverboard chases and what seemed like hell itself to get to where they thought all was safe in 1955, lighting strikes twice. This time, it strikes the Delorean and Doc is shot back in time to Hill Valley, 1885. Will Marty be able to find and save the Doc? Keep an eye for next review to find out. 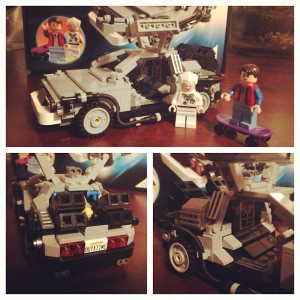 The Good – The writing. I have always and will always love the story lines in this trilogy, Part 2 especially. The mix of going to the future, the past and alternate present time periods is fantastic. The obvious pokes at 1980s era life while being filmed in the late 1980s will always be a fun touch to the film. The subtle nods to Part 1 and Part 3, throughout Part 2, are another thing done perfectly for me. For example – Biff watching A Fistful of Dollars in the Jacuzzi when Marty confronts him about the Almanac. In the scene shown, Clint Eastwood reveals a cast iron “bullet proof vest” after being shot. That is then recreated by Marty in BTTF3 when he faces Buford “Mad Dog” Tannen in a duel, (Marty also goes by the name Clint Eastwood in Part 3). There are too many more to name. Hit me up and we can talk in depth. codyatthreebzine.com

The Bad – The change in cast which results in the loss of Crispin Glover as George McFly and Claudia Wells as Jennifer Parker. Not a knock at Elizabeth Shue directly, but BTTF holds a very large piece of my heart and I would have preferred to have kept the original Jennifer from Part 1. Lots of stories have circulated with rumors about why Glover didn’t come back. Whatever the reason, it is such a bummer he didn’t return. He set the bar to unreachable heights with his portrayal of George. One last possible “bad” thing, that could really go either way, is how far off their projection was of what 2015 would look like (Where’s my hoverboard?!). But it isn’t actually bad; it’s really all in fun. Plus, in real life, Michael J. Fox at 52 looks WAY better than they predicted he would look at 47. Way to go Marty.

Overall – Favorite thing ever made. “The Bad” aside, it is still an unshakeable 10/10. Back to the Future 2 is perfect in my eyes and will forever hold my heart. 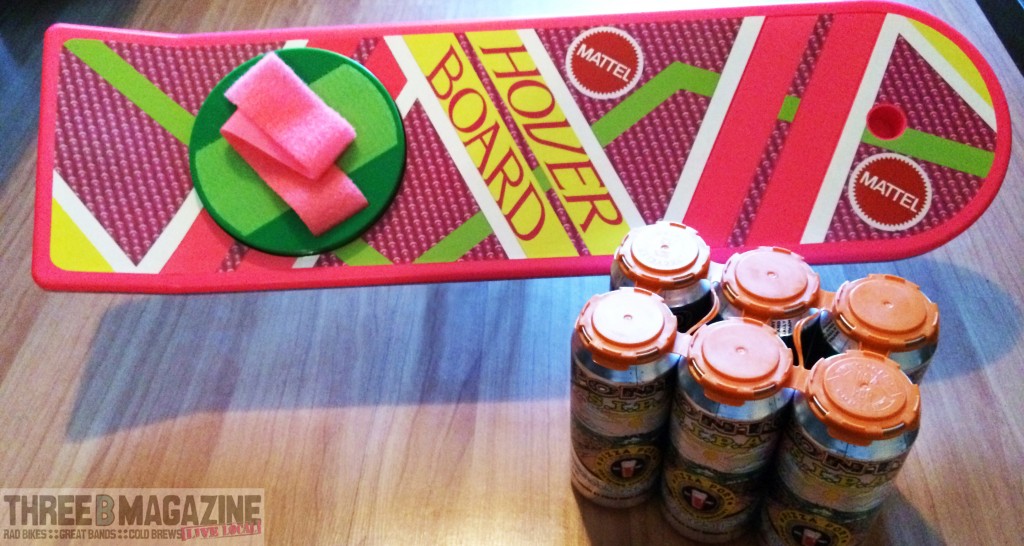