Don’t miss out as we sit down with Dr. Gonzalo Quintero – AKA Dr. Q – lifelong educator and learner and all around craft beer advocate and appreciator. Together, we discuss whats new with him since last time we spoke, get his take on the South Bay Uprising and we do a side by side taste test of Stone’s Ruination 1 and 2 and hear Twitter fan questions answered. Don’t miss this out on a great SD Beer episode.

In this episode with sit down with Dr. Gonzalo Quintero – aka Dr. Q – craft beer writer, educator, appreciator and advocate. Together we cover a TON of SD Beer ground. We do a side by side taste test of Stone Brewing Co’s Ruination IPA 1 and 2. Our discussion includes some history on both beers as well as the ingredients and hop variants used in each. Hear all four of us discuss our thoughts on 1.0 compared to the brand new 2.0 and the differences between the two. We also discuss our thoughts on Stone’s other beers in their lineup and some of the things we have found exciting from them in recent memory. We discuss Stone’s marketing by not marketing plan and we touch on the importance of revamping these recipes for a whole new generation of new craft beer drinkers. On a similar note, we discuss the difference between when we were young compared to younger people now and how the accessibility of craft beer will change peoples drinking styles. We also discuss whats new with Dr. Q including him becoming the General Manager of La Bella Cafe and Games, the restaurant where he has been curating a next level beer selection for many years. Hear his plans moving forward on how he will continue the 60 year tradition at La Bella as a major player in the craft beer culture in South County. Hear some of the history behind this place and how they helped change and shape the craft beer game in their region and neighborhood in San Diego. We also discuss with Dr. Q the #SouthBayUprising in the San Diego craft beer scene. Hear him discuss the importance of the South Bay uprising to the culture of San Diego craft beer and why it means so much to him and others in the region and who it is making a huge splash in the South Bay. Plus we discuss the future of what is to come to this region and Dr Q’s hope for what may come in South Bay. Of course, along with all this craft beer talk we discuss pizza. Hear multiple exclusives on La Bella’s pizza offerings that you NEED to know! Including a specialty pizza that is so exclusive, only few have ever experienced. All of this, plus tons more including Twitter fan questions, Dustin finds a beer shop that could serve as a front for something less than friendly, Tom’s scent and much more craft beer discussion. Plus an exclusive announcement on an upcoming Beer of the Month! Don’t miss out on some awesome craft beer discussion with one of the great SD Beer minds. 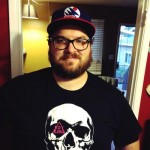 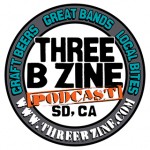