Your crackerjack team of bloggers are back this week with a brand new Movie and a Beer feature! This week, not only do we feature Big Trouble in Little China, but we also introduce a brand new writer to the team. Join us as we collectively talk about and pair a craft beer with this 1980s action adventure film.

I am excited to be a part of this collaboration series between myself, and some of my favorite blog writers Dr. Gonzalo Quintero of Craft Beer Tasters LLC, and Eugene Abano of Reviews Galore and new team member Matt Smith of Who Goes There Podcast. Please click their respective links to read their write up, as well as read their craft beer and soda pairing for the film.

When considering what beer to pair with Big Trouble in Little China, I will be perfectly honest, I found myself at a loss. Mainly because this is not a movie that I grew up with, or one that really holds a special place in my heart, mind or any other body part. Maybe also because I have only seen it two times now. So sue me.

Obviously this can prove to be tricky when trying to pair a craft beer with the film that I haven’t really got any sort of connection to…unlike new Beer and a Movie blogger Matt of Who Goes There? But it doesn’t take fandom of Matt’s caliber to know a thing or two about this movie. Which helped me in the long run pair what I feel might just be the perfect beer for Big Trouble in Little China – Road Warrior Imperial Rye IPA from Green Flash Brewing Company. 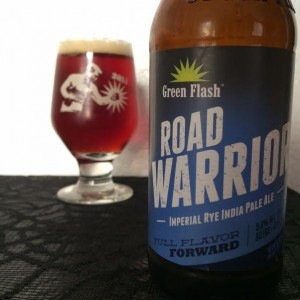 From the opening of the film you know right off the bat what sort of tough guy badass Jack Burton truly is. From his Harley trucker hat down to his wacky moccasin, WWF wrestler “I am Lost in the woods” looking boots. Let’s break it down – He is a tough guy, a truck driver with a smart mouth and a sharp wit, willing to not only help save a girl in immediate trouble without any hesitation, but does so in his big rig! Flying through alleyways and side streets with ease like, well, a true road warrior.

Green Flash states that Road Warrior Rye IPA is “…Boldly brewed to rule the road,” and this statement shows. A full flavored spicy IPA loaded with hop forward flavors. Columbus and Mosaic hops charge through the crystal and spicy rye malts and cruises seamlessly along with the dry hopped Amarillo. (Three hops for three stones am I right?) Idling at 9% MPH, I mean ABV, Road Warrior is the perfect companion for any long day, whether it’s filled with fighting ancient wizards or delivering cases of craft beer.

Spicy, strong, and incredibly drinkable…like Jack himself who is strong with a spicy attitude yet somehow, incredible likeable. Road Warrior Rye IPA pairs so nicely with this film the label might as well have Jack Burton’s face right on it. As Green Flash says, “Raise a glass to those who never settle.”

(Yes I already used a Green Flash beer for one of our features, but this pairing was exactly what was needed for this film. Jack Burton approves. Trust me, he and I spoke.) 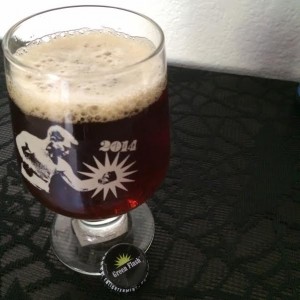 It is said that Big Trouble in Little China was meant to be a western style film set in the 1880s, not a “modernized” film set in the 1980s. Really, and I know fans would agree, for the better. The film, which is directed by John Carpenter (famed director of many in the Halloween series, Escape From New York, and one of my personal favorites, They Live). John Carpenter was able to take this film and add his spin on what might otherwise be a lackluster, bizarre story. Yeah, the movie was made in the 80s, so it isn’t out of the ordinary for it to be slightly “weird”, but Carpenter was able to add a level of suspense, action and even horrific and creepy elements that successfully create a cult classic of what could otherwise have become a real head-scratcher of a film.

Of course, lead character Jack Burton played by Kurt Russell definitely adds plenty of attitude, emotion and a sense of “cool” to the entire film. Known for being a fantastic actor, (Tombstone anyone?) he brings a real sense of, for a lack of a better term, “bad assness” to the film from its opening sequence. Funny thing is, it is said that Jack Burton is actually Carpenter’s second favorite Russell role, followed only by, believe it or not, his famous Captain Ron.

In the opening we see Burton in his big rig mouthing off and giving some poor soul on the other end The Treatment. This attitude stretches the entire film and, well, can it save the day? C’mon, we don’t that know yet.

Not long after the film opens, we are, as I mentioned above, introduced to a sharp tongued, angry truck drive by the name of Jack Burton. Our hero for the journey. We also meet his buddy Wang during a card game where Burton comes up ahead over a grand. To collect, Jack must give Wang a ride to get the cash. Why not? Let’s pick up your girlfriend in my big rig while we’re at it!

While at the airport a group a street thugs from Chinatown show up and ruin everyone’s day by kidnapping Miao Yin, AKA Wang’s girlfriend. Of course, only after Jack steps in and prevents them from kidnapping her friend Gracie Law (Kim Cattrall). In his big rig, Jack and Wang chase the Chinatown thugs down a dark alley where a fire fight breaks out between two ancient societies during a funeral procession. Jack ends up running over, or thinks he ran over, Lo Pan – a powerful sorcerer. After getting out of the truck he realizes hitting Lo Pan did nothing but make him annoyed.

Wang brings Jack to his restaurant where they meet with local magician Egg Shen who tries to educate Jack on ancient sorcery, Lo Pan and, well, what is really going on. This is where we, the viewers, learn that Lo Pan has been living under an ancient curse of no flesh. Only being granted an old, decaying body from time to time. The only way to break this curse is to marry a green-eyed girl. Introduce Yin.

But of course, that’s not all. To satisfy not only the gods, but also the Emperor, Lo Pan must marry one green-eyed girl, and sacrifice another. Introduce Gracie Law. Boy, I bet she wished she had overslept that day.

Jack, Wang and Egg regroup and find themselves in an underground cavern leading to Lo Pan’s lair. Once they get there… Well… you just might want to snag one of my perfectly paired beers and see for yourself. Just grab yourself a glass, crack open that bottle and look that big ‘ol beer right in the eye and say, “Give me your best shot, pal. I can take it.”

The Good – Kurt Russell and Kim Cattrall. Russell delivers a performance truly deserving of its cult-like following which involves the right elements of awesome and 80s goof. Cattrall is irresistibly cute in this role and was definitely a great fit for the film as a whole. I do enjoy the creep elements from Carpenter’s direction as well. I feel that also played a huge role in what makes this film what it is to this day.

The Bad – I didn’t grow up with this film nor do I really have any connection to it that spans deeper than this feature. Maybe I would see it in a different light had it been the opposite (Say, like Robocop or even Gremlins) but unfortunately I just don’t. As much as I can appreciate this film and enjoy what it is as a whole, I don’t see myself going to buy it on special edition Blu-Ray anytime soon.

Overall – Well, I guess they just don’t make ’em like they used to, do they? But boy, sometimes I really wish they would. 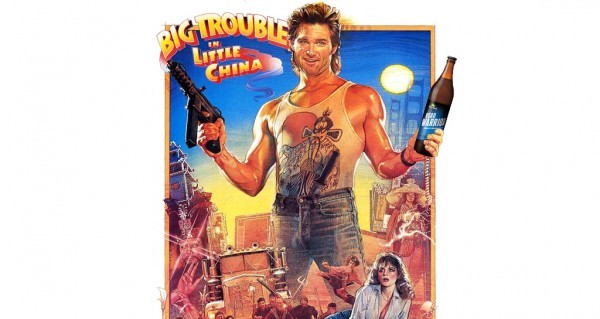